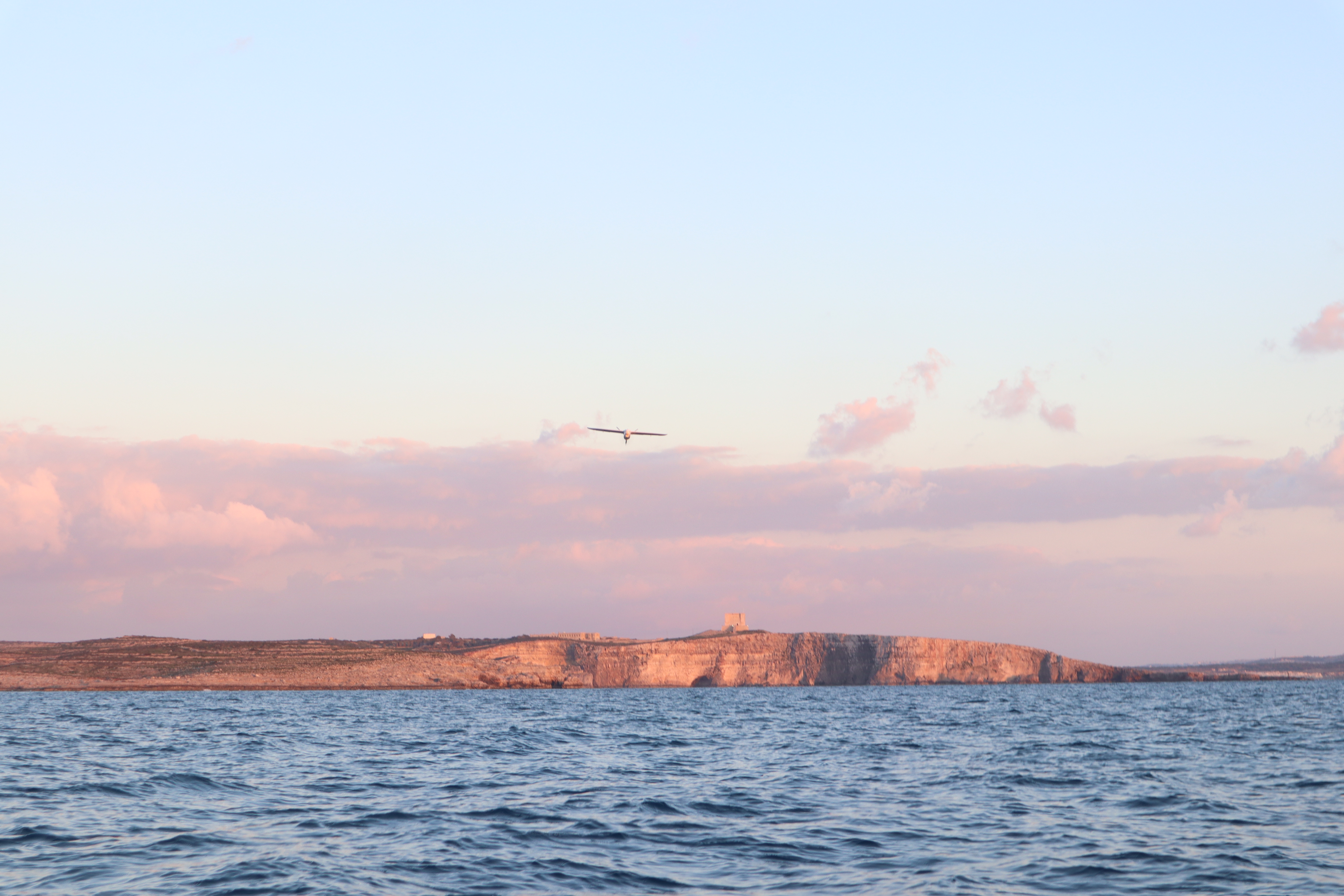 Yesterday Björn came back from Malta after two weeks on the search sailing yacht in the mediterranean sea. We had two drones on board but due to transport restrictions, two batteries had to be left at Hamburg airport where they were pretty useless… Luckily Björn had one spare battery pack in his hand luggage – so the first mission tests could be done. After two successfull flights, probably one wing servo connection was damaged and the drone could not return back to the ship. The operation area was about 8km away from the ship which would have taken about 2 hours to reach that place and retrieve the drone.